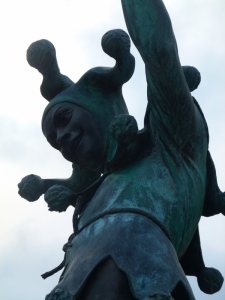 The prosecution in People’s Union of Britain v Matt Hancock has just sent the executed form, applying for his arrest warrant, to the court of issue.

We have already got the green light from the court’s legal advisers and now we have the chief magistrates’ permission to proceed. They also sent us the form to fill out for the arrest warrant, which has now been acknowledged by the same as having been received.

However, the form won’t be processed till Monday, when it will be sent up to the crown court to be administered and then served upon the defendant, without delay, by the arresting officers, who will soon be appointed by the court.

Therefore, the case will now proceed as directed, unless the Director of Public Prosecutions [DPP] intervenes, which is unlikely because nobody will want to take the poisoned chalice.

However, even if they do, we can object on the ground that the DPP is working for the government, so they are obviously conflicted. If they refuse to back down, we will insist that the case proceeds with our legal team.

In other words, my family, friends and growing army of peace-keepers and freedom fighters, we are all about to witness the most significant events that have transpired on these shores, since Charles I lost his head…