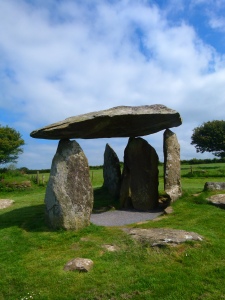 ‘I know we’re not in England but it doesn’t even feel like we’re in Britain!”

We were in Nevern churchyard in Pembrokeshire, Wales, on one of the Silent Eye’s Workshops…

And a familiar feeling was creeping over us…

The church and the ‘Stone Cross’ too seemed vaguely reminiscent of ‘something’ and we began to entertain the notion that we might have inadvertantly stumbled upon one of the treasures we had recently come across in our reading.

We were not destined to get to the mound at the back of the church, unfortunately, but we were near enough.

The garden walls of the houses which huddled around the local church were packed with quartz crystal, huge chunks of the stuff in some cases…

‘I made a mental note to look at the relationship between Pentre Ifan, Nevern church and Carningli Peak… The three locations appeared to form an equilateral triangle. .. I revisited each site and retook their co-ordinates. The triangle is astonishingly accurate and places the three sites in a geometrical relationship that cannot be accidental. Students of the Traditional Arts will know that the equilateral triangle is the basis for a vesica pisces. Within the intersecting circles of the vesica are two equilateral triangles arranged back to back in a diamond shape… Is there a second triangle south of the ‘Nevern Triangle’? It did not take long to confirm that there is a standing stone that completes the second equilateral triangle. Waun Mawn is a six feet high single stone… whose location matches perfectly the requirements for the apex of a second triangle. These two triangles, together, form the basis of a vesica pisces.’ 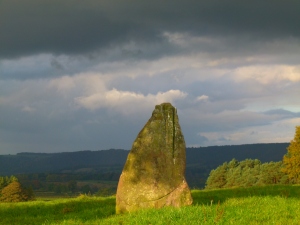 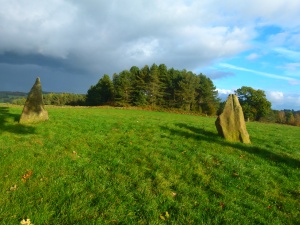 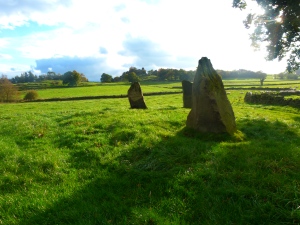 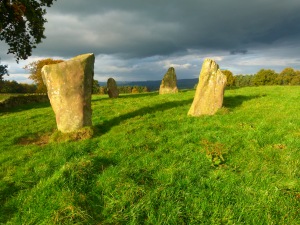 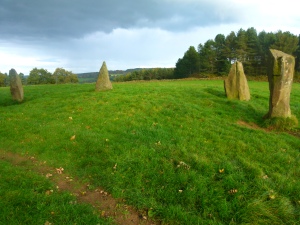 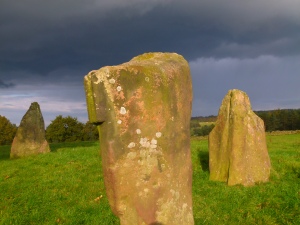 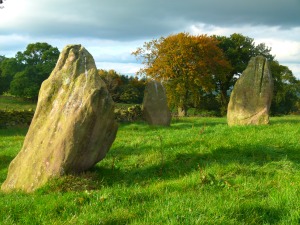 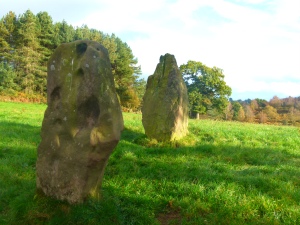 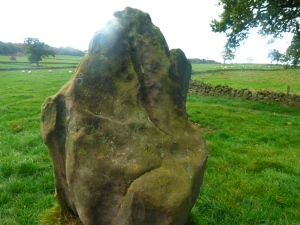 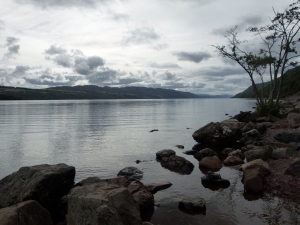 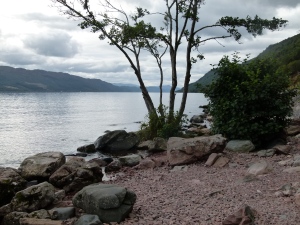 We even managed to capture… 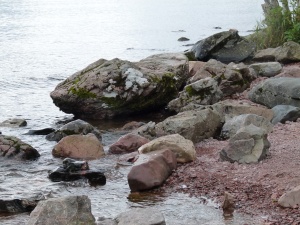 A more than moderately famous beastie on film. 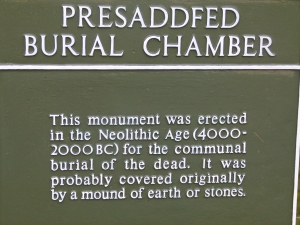 It was probably foolish, I know… 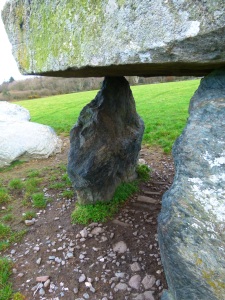 But I took a liking to this ‘little lady’. 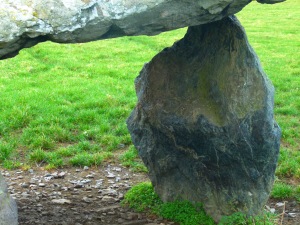 Who, if the board is correct, could have been supporting the capstone’s weight  for over six thousand years. 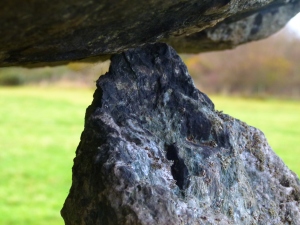 Which is some feat, as you can probably see…

We call it stone technology and we have been experimenting with sound in a number of these ‘chambers’. 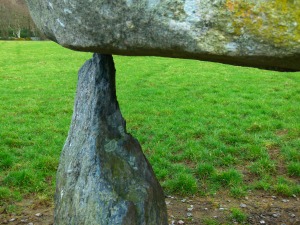 I was expecting the chant to have little vibratory effect because the tomb was clearly, in part, wrecked.

What I wasn’t expecting was for both the sound and the breath to be sucked from my being, like something or someone was thirsty…

Like I said, foolish, but maybe it also served…