Er… the Prime Minister who’s already in town as you know,

having a variety of meetings today… Er… Er…

I would expect… we expect… their conversation to be wide ranging,

Er… and our efforts to address the Global Plan-Demic…”

Love and Death in the Time of COVID

‘The Gallows and Gibbet Inn’, proclaimed the sign, which singular nominal ought really to have aroused, if not my shackles then, at least my suspicions.

Too late, Anu was already tugging me over the threshold into the warmth, and the light, and the sound of voices, and music…

…They were all in there!

Black Jack Davey… Teigue-the-Fool… The Miller’s Son… The Sorcerer’s Apprentice… H.R.H. the Lord of the Elements, and one-hundred-and-one other far less savoury characters.

Most of them in their cups. Reprobates all! And what a tale they had to tell.

If you have ever wondered why all the public houses were shut.

You had better pull up a chair…

Now available in paperback and Kindle formats on Amazon 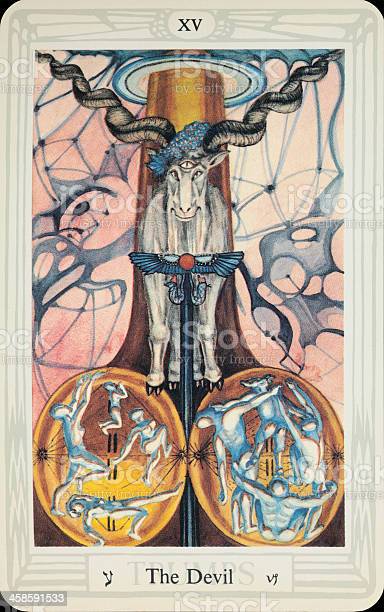 William Grundy (18 May 1923 – 9 February 1993) was an English television presenter and host of Today, a regional news programme broadcast on Thames Television. In the latter role, he gained national attention for his interview with the Sex Pistols in 1976 during which he contemptuously encouraged a barrage of profanity while supposedly intoxicated on public television…

… The rock group Queen had been booked for the Today show of 1 December 1976 but cancelled their appearance at the last minute due to vocalist Freddie Mercury needing emergency dental surgery. They were replaced by the Sex Pistols, the punk band, appearing at short notice accompanied by their entourage. The show was broadcast live and uncensored on weekdays in the early evening, a time when spoken obscenities were forbidden.

The interview with the Sex Pistols began with Grundy introducing the band, stating “they are as drunk as I am… they are clean by comparison,” although Grundy later denied being intoxicated during the interview to the press. The interview resumed following the playing of the music video for the song, Anarchy in the UK.

Grundy said (to camera) “I am told… that that group… have received £40,000 from record company… Doesn’t that seem, uh, to be slightly opposed to your anti-materialistic view of life?” The response to this were two comments: One was an indecipherable syllable (or two) from one band member, while Glenn Matlock (bassist) responded with “No, the more the merrier.” When Grundy asked the band to explain further, what followed would be the first example of profanity during the interview, when Steve Jones (lead guitar) quipped: “We fuckin’ spent it ain’t we?” Grundy did not comment on the profanity but responded “I don’t know, have you?” Matlock confirmed that the money had all gone “down the boozer.” Grundy then asked the band “are you serious?” in reference to their music, comparing them to musicians such as Beethoven, Mozart, Bach and Brahms. Johnny Rotten (lead singer) sarcastically replied “They’re all heroes of ours, ain’t they?”. When Grundy inquired further, Rotten went on, stating “Oh yes, they’re wonderful people, they really turn us on!” Grundy responded with, “What if they turn other people on?” to which Rotten dismissively remarked, “That’s just their tough shit!” When challenged by Grundy, Rotten said, “Nothing, rude word! Next question,” asking Grundy to go on with the interview. Grundy insisted that Rotten repeat what he had said. When Rotten did so, Grundy retorted, “Good heavens, you frighten me to death,” to which Rotten called him “Siegfried” as Matlock muttered that Grundy was “like [a] dad… or [a] granddad.”

Grundy then turned his attention to the female members of the band’s entourage, known as The Bromley Contingent appearing with them and which included Siouxsie Sioux, later lead singer of Siouxsie and the Banshees. He asked, “What about you girls, behind? Are you worried, or are you just enjoying yourself?” To which Sioux responded, “enjoying myself”. Grundy responded “Are you?” to which she and Simone Thomas chorused “Yeah.” Grundy responded “Ah, that’s what I thought you were doing.” That prompted a large exhalation from a band member. Sioux said, “I’ve always wanted to meet you”, to which Grundy responded by saying, “Did you really? We’ll meet afterwards, shall we?” Interpreting this as a sexual comment, Jones began openly insulting Grundy, calling him a “dirty sod” and a “dirty old man.” Grundy further provoked Jones to “say something outrageous”, a challenge that Jones met by calling Grundy a “dirty bastard” and a “dirty fucker”. Grundy responded, “What a clever boy!” and Jones added “What a fucking rotter!” As the show ended and the credits rolled, Grundy mouthed, “Oh shit” as the band began dancing to the closing theme…

The interview effectively destroyed Grundy’s career, elevated the Sex Pistols to notoriety, and signalled the arrival of mainstream punk rock.

“Not even Stoneland,” smiles Wen.

“Pity, they will never know what they are missing.”

“There are a lot of ugly looking lions in Portmeirion.”

We shrink from wondering whether or not one of them is devouring the Buddha’s missing right forearm.

“And lots of steps.”

“Number Six spends a lot of time in the village running up and down steps.”

Run up one set of steps in Portmeirion and a Mansion becomes a Two-up-Two-down.

Run down another and one is accosted by a plaster-cast-christ declaiming on a balcony from which depends a black sheep.

“Perspective. One is spatial, the other, intellectual.”

Here, the ridiculous jostles with the sublime to unfeasibly pleasing effect.

“It’s nothing more than a clutter and jumble of odds and sods, lovingly reassembled into, well, something, uncluttered and well ordered.”

“Or what memory makes of experience.”

In the corner of that courtyard there, a manicured tree sprouts in-front of a doorway.

Or rather, a doorway, which leads nowhere, has been constructed behind a tree which is then kept manicured.

Its the perfect place in which to reconsider one’s cardinal points and be reminded of one’s priorities.

“In the programme…” said the man wearing a green-kilt,

“…the portal-stones lead to another time.”

“And what of the non-tele-visual world?”