Writer and Director of The Silent Eye, a modern Mystery School. View all posts by Stuart France →

I stood outside my son’s bedroom, bundled up against the cold that was dropping a few meagre snowflakes on the morning. Camera in hand, I was snapping away happily when I caught a glimpse of my reflection in the window. The double glazing caught a pair of misaligned reflections, within which was caught yet another reflection from the infinity mirror on the far wall. You could see both the garden outside and the inside of the bedroom too; the one indistinguishable from the other to the eye that caught only the two-dimensional image on the glass.

At first glance, the eye saw what the lens sees, a single flat image. It took a few moments for the mind, filled with its knowledge and experience of the three-dimensional world, to begin to tease apart the various overlapping images and make sense of what they eye was seeing. I was conscious of the process and couldn’t help but wonder what someone from a different dimension would make of it. A two-dimensional being would be quite happy with the initial impression. Except that a two-dimensional being wouldn’t be able to distance themselves from the image in order to see it at all…they would, of necessity, be part of it, just as I am part of this image and reality.

What if there was a being that moved through more dimensions that we do? Would our three-dimensional image of the world look just as flat to it as the image on the pane of glass did to me?

Do we really live just within three dimensions though, when time has been posited as a fourth? The softly falling snowflakes were a visual representation of time as I watched them move  through space from one place to another. And as I was in those dimensions, watching them, where was the ‘I’ that was able to watch? It cannot be within those nominal four dimensions, for if it were, it would be unable to separate itself from the image in order to observe it.

After proving, to my own satisfaction at least, the necessary existence of the fifth dimension, things got more complicated. While holding a conversation about cats with the son dangling out of his window, I wondered about the fact that the observing consciousness can always observe itself in the process known as infinite regress. Even in that moment, I was aware of the layers of my own consciousness as I chatted about mundane ideas while exploring an inner vision of infinity. And I wondered about the implications of that. I wondered too whether time was simply space observing itself… and if you view space as consciousness, which is far from a new idea, that opens up some intriguing and mind-boggling lines of thought.

While all this was going on, I was looking at the reflections in and through the window. In itself, it was a perfect illustration of both the distorted perception of reality we may have and the many layers it holds. Multiple reflections came together as one image. It is only my experience of those layers of reality that allow me to distinguish between bedroom and garden, inside and outside, mirror, glass and lens. It is only that experience that lets me know what is the image and what is the object.

Continue reading at The Silent Eye 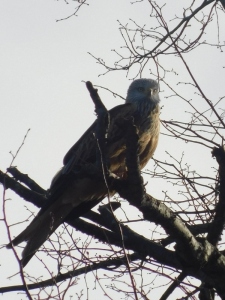 Human minds are linked in some way to human brains,

and there has been little if no change in the size

and constitution of human brains for many thousands of years.

The doctrines of the Prevailing View

can be found in the thought-systems

The infant souls crouched in the tunnel.

he paused and tilted his head:

A bitterly cold day in mid-January is not, I have to say, the ideal time to go to the seaside. Especially not in North Yorkshire. But go we did. I have fond memories of Whitby as a child… sitting on the beach in summer, huddled in a sweater and drinking Horlicks brought on a tray from the café at the top of the slip. I brought my own children here when they were very young too, though to be fair, it was at least slightly warmer. Probably not quite as icily cold.

Not that I cared. I love Whitby and it has roots in my family: I pointed out the house one of my ancestors used to live in a few centuries ago. I had been delighted when I traced the family back to a specific house still standing from seventeenth century Whitby and one of these days may see how far back that association went. My companion too has links with Whitby, though they are of a more mysterious nature and my lips are sealed… First things first though. We needed a pub. With lunch… and a fire.

We found both in the Dolphin, right beside the swing bridge that allows the fishing boats out of the Esk and into the sea. Yes, another Esk… first Cumbria, then Scotland… now Yorkshire. There was something a bit coincidental about that. Of all the rivers in all the country… we get three Esks in special places.

After lunch we wandered into the old town to the south of the river estuary. Even here there were few tourists. Not surprising given that the temperature had dropped even further, though we were at least sheltered from the wind. I needed a Lucky Duck. It’s traditional. They were first made half a century ago as lucky charms for actors at the theatre in the town. I was given one every time we went to Whitby. I bought them for my sons. Now I needed one for my granddaughter.

Meditating today something weird happened. I was trying to contact the energies that are Morana the Goddess of death and winter and other than images of mud, cold and water, I got very little. I started to drift I think and I woke up with a bit of a jolt – as you do – realising I had started to drift off and reset myself. The funny thing was that what woke me was a voice in my ear. It said one word.

I made a note and carried on. After completing the meditation, I remembered this word. It’s not a word I had ever heard but still…. I googled it.

OK well that is a bit strange I thought … that a word would be said in my ear and that that word actually means something. Apparently, it is US…

Mankind is a fallen being incapable of good

unless united to its inner light.

All Men are endowed with the inner light

even though they may be unaware of it.

It is because we do not know who

or what we are that we behave

in the silly, sometimes insane, and

of the religion of unity and its operation

on the personal and spiritual levels of the human psyche.

by recourse to the philosophy of political monism.

The state, in effect,

acts as God on earth!…

Language is often wiser than both,

The Greek prefix ‘dys’ as in dysfunctional or dystopian,

and the Latin prefix ‘dis’ as in dishonest and dishonourable

both derive from ‘duo’…

From the intuition of ‘oneness’

as the ground and principle of multiplicity

By divining the one within and beyond the many

we uncover the intrinsic plausibility

of deriving diversity from a single principle…

The world, and everything in it, is you.

you think you are.

you think you could be…